Five years ago, I was nearing the end of a five week hospital stay. I thought I would be staying for at least another six weeks, but the next day things would change completely.

In a matter of minutes, the bottom would fall out of my world, and I had no idea how far down I would truly fall.

Five years ago, on October 13, 2014, I gave birth to twin boys. Jack and Joey were only 29 weeks gestation and were born via emergency c-section after I went into labor unexpectedly. The nurses tried to stop my contractions, and after several hours of pumping me full of medications to slow down and stop my body from going into labor, we all thought they had been successful. I was sent back to my room, where just a few short minutes later the contractions started again, more intense than before.

Suddenly a doctor was summoned, and found I was already 5 centimeters dilated. A very dangerous situation considering the boys positions, Joey’s condition, and how early I was in my pregnancy. Within minutes I was rushed to the operating room.

While I was getting prepared for surgery, a nurse came in to discuss what measures we wished for them to take with Joey once he was born. At this point we knew his chances of survival, even if I had made it to term, were very low. At 29 weeks he was going to be too small for any of the life saving surgeries we had discussed with the numerous specialists during my hospital stay. We had decided that we just wanted them to make him as comfortable as possible for however long we had him with us.

While I laid on the operating table waiting for my husband to come into the room and the doctor to begin, I remember feeling a strange wave of calm come over me. My entire body was shaking uncontrollably, yet my mind was suddenly at ease. I felt as if in this moment, everything was now out of my hands. I had done everything in my power to keep my babies safe up until this point, and now I had to trust the doctors and nurses to take it from here. 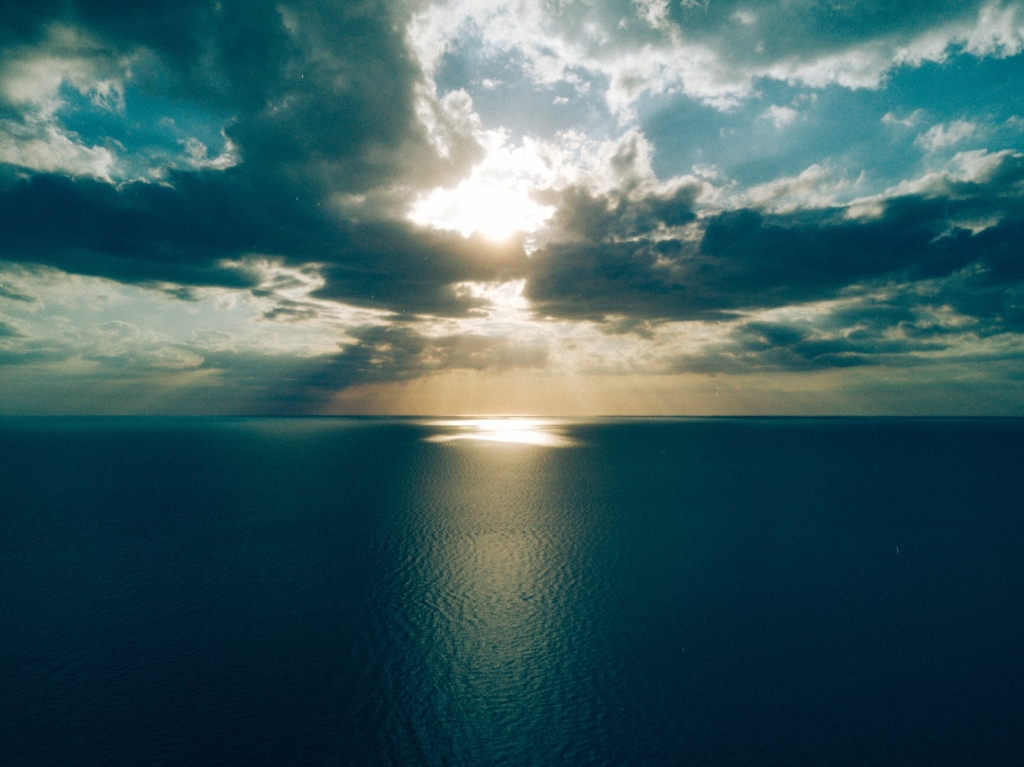 There was nothing more I could do.

Joey was born first, and was immediately rushed away to another room. Moments later, a nurse showed up at our side with tears in her eyes, holding him in her arms. He was swaddled in a blanket with a light green knitted hat on his head. His eyes were closed, and he didn’t make a sound. She told us that he was alive. He had a heartbeat, but because of his cleft lip and palette they were not able to place a breathing tube like they had hoped. She handed him to my husband, and we both spoke to him and kissed him as Jack was born.

My husband carried Joey to the other room where Jack has been taken to be evaluated by the nursing staff. He was healthy, but small. They placed his breathing tube easily, and he was whisked away to the NICU within minutes in an incubator. I have only one picture that was quickly taken before we were able to see him later that day. 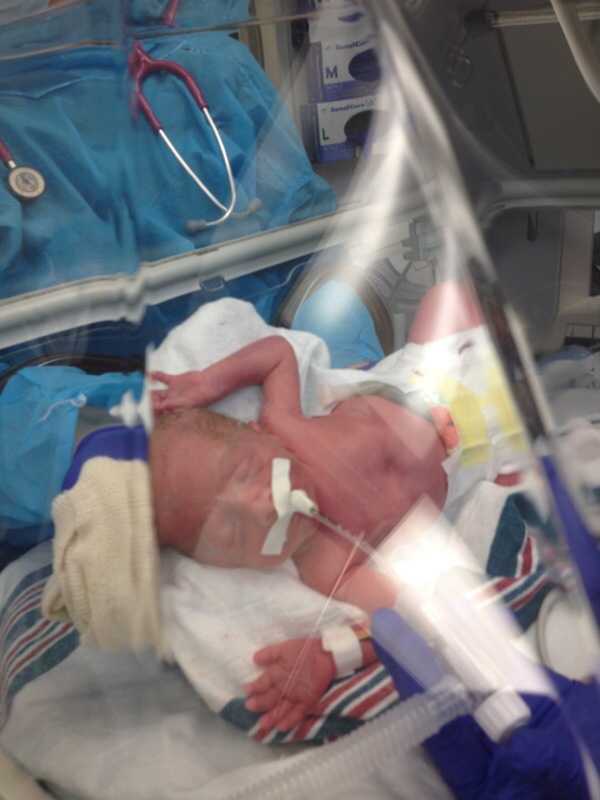 For the next 90 minutes, we took turns holding Joey. The only sign that showed us that he was still there was a small squeak he made each time he tried to take a breath. Otherwise his body was still.

I remember telling him how much I loved him.

How badly I wished I could have saved him.

How I will never forget him.

I told him that by staying alive and fighting as long as he did, he saved his brothers life.

I kissed his face and starred at him, hoping to burn the image of his perfect little nose in my brain.

We had a chaplain come to the room to baptize him, and pray over him. As soon as the final prayer had finished, the nurse came over to listen to his heart.

She glanced at the clock and called his time of death. 2:57 am. She walked out of the room with tears streaming down her cheeks. The chaplain quietly exited the room. I recall hearing someone scream. Perhaps it was me, or it was in my head. My husband continued to hold him as we cried over our son who had only lived for a short 90 minutes on this earth.

The hospital staff allowed me to hold my son as long as I needed to. Eventually I needed to rest, but they kept him nearby and brought him back to me when I woke up.

When I was alone with him later in the morning, I told him about his family members that have gone before him that will be waiting for him in heaven. I told him that he would never be alone, and to make sure he told everyone up there that I loved them.

I asked that he watch over his brother, and help him on his journey in the NICU. To help keep him safe, and help him to be strong through the tough road he had ahead of him.

After a few hours, I knew it was time that I had to let him go. As much as I wanted to keep him with me forever, I knew that God had other plans. He was now in a place free from pain and suffering, and no amount of time holding his body would change that or bring him back. But as soon as the nurse lifted him from my arms, the emptiness that I felt was torturous. To have just given birth, yet not have a baby to hold is one of the most painful experiences a mother can go through.

Later that day, my husband returned and we were able to finally go visit Jack in the NICU. He looked so tiny and frail, hooked up to so many wires and machines. I was so happy to see him alive, and terrified to be too close to him at the same time. As the nurses explained to me how he had done through the night, and what their treatment plan was, I silently nodded like I understood.

I had no clue what to do.

It was so overwhelming.

Over the following 53 days I would become familiar with the daily rounds of the doctors, make friends with the nursing staff, and watch countless babies come and go along their NICU journey. I would watch my son thrive and grow. I would learn what beeps from the monitors were cause for concern, and which were normal occurrences. I would change his diaper, feed him with a syringe attached to a tiny tube, and rock him for hours. I would go 8 hours without eating for fear that I would miss something.

When you only get to see your newborn baby for 8 hours a day, even a bathroom break seems like too much time away.

When we were finally able to bring Jack home, it was still three weeks before his due date. He had thrived and progressed faster than anyone anticipated, and never experienced a medical setback along the way. His NICU journey was simply to grow strong enough to come home safely.

Once we were finally all home together as a family, my anxiety grew to monumental proportions. I was constantly on edge about what would go wrong next. Had I reached the bottom yet? Were we finally able to climb back up to a normal life, or was something else terrible going to happen?

I spent countless nights, unable to sleep, just rocking Jack in the living room in front of our Christmas tree. I would stare at the white lights, and imagine what life would be like if Joey has survived.

I still spend so many nights thinking about the “what if’s”. So many questions linger, never to be answered. Although I will never know the answers to why my life turned out the way it did, there is one thing I have finally realized about my sweet Joey.

His short life had a bigger purpose than anyone could have realized at the time.

It has taken me a few years to come to terms with the depth of my loss, but recently I have found that his strength and determination to stay alive as long as he did to save his brother, has saved me as well.

Sharing his story, and my story of losing him so tragically, has given me a new purpose in life. It has allowed me to connect with other parents who are grieving and don’t know where to turn. It allows me the ability to give a voice to the babies that will never be able to speak for themselves.

His story is not the only story.

So many parents experience the heartbreak of burying a child, and the stigma surrounding the topic keeps them from sharing their child’s name openly.

I share my story, and speak Joey’s name with confidence, love and passion, because maybe someone will hear it and feel that they are not alone.

This Sunday, on October 13th, I will celebrate both of my boys turning 5. We will visit his grave, and Jack will bring his traditional matching gift that he picks out every year so he can always have something in common with his brother. 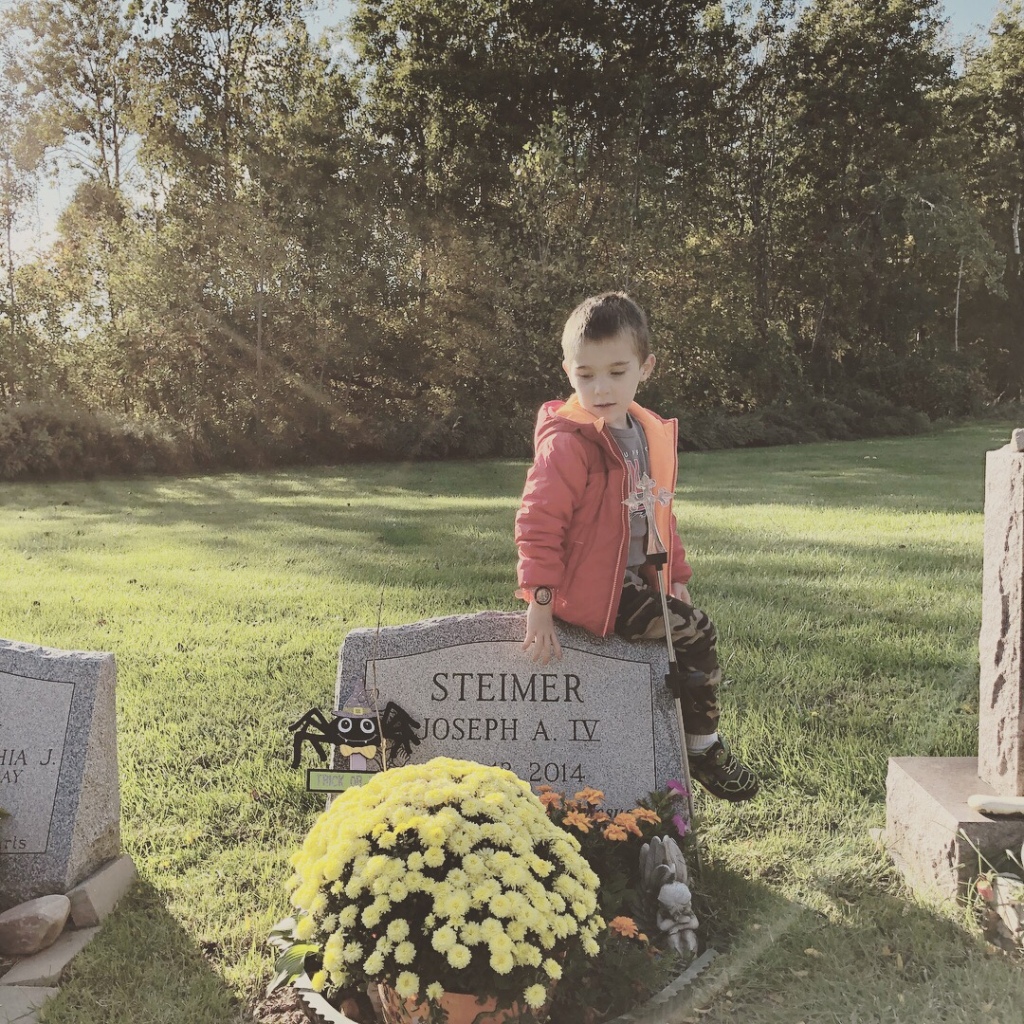 I will forever support organizations that reach to bring support to the loss community. To bring awareness to infertility, prematurity, stillbirth, and infant loss. To support grieving parents. To fund research to help moms have healthy pregnancies, and give birth to healthy babies around the world.

I will use my experience and my voice to share my sons story of life and death to bring awareness to the reality that there is still a stigma today that makes parents feel guilt and fear when speaking their child’s name.

On October 21st, our family will be the guests of honor at our local March of Dimes Signature Chefs Auction and Gala. We will be sharing our story as the 2019 Ambassador Family for the March of Dimes in support of their mission to bring awareness and fund research for healthy moms and babies around the world.

If you’ve made it this far, and feel so inclined, please think about making a donation in support of our Joey. We raise money every year in his memory, and in honor of our warrior Jack.

Follow It’s About Time on WordPress.com
Join 227 other subscribers

Sharing my own experiences to help others

Forget Me Not of Rochester NY

You are Never Alone